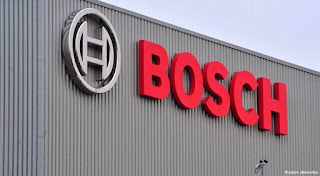 Deutsche Welle, Robert Bosch Institute in collaboration with the School of Journalism in Berlin was offering journalists from Eastern Europe and Central experience in German media.

Journalist Naim Haxhosaj, although this competition has captured in the last hours of the day when the term expires, says he hopes to have captured this event  as journalists from Kosovo which this year participatet for the first time in the program “The media – Intermediaries between peoples “. He believes the German experience in a newsroom will indicate in his professional life, changing his commitment as a journalist after returning his life will not be easy.

“For the Balkans has a higher degree of crime and negative phenomena and journalists who try to fight them, often encounter resistance or threats of certain groups, ordinary citizens or the government,” said Naim, who believes that “the experiences taken from Germany and German colleagues are always beneficial to our citizens and the state. But above all, it contributes to the overall awareness.”

Opportunity for journalists from the Balkans

German Robert Bosch Foundation in cooperation with the School of Journalism in Berlin,

offers a three-month stay in Germany for journalists from Europe and Central and Eastern Europe. This year for the first time Eligible journalists from Albania, Bosnia-Herzegovina, Kosovo, Macedonia, Montenegro and Serbia are taking part. According to the German Embassy in Pristina, via a press release.”The experience that offered scholarships in the first month is obtaining compact knowledge about Germany, relations between these countries and prospects in the European Union, through conversations, lectures, meetings at the scene. While the other is a practical experience  in a newsroom television, radio or newspaper in the German capital, depending on the training of journalists and offerings “, German journalistic quality through experience”.

Journalists from different countries of the world in the framework of the project DW Robert Bosch.Kerstin Schulz, carrying the project “Understanding among nations-Europe and its neighbors”, says for DW that after this experience in the German media, “the participants so far involved in this program see this experience as a push convincingly for their career in journalism. ” According to her, the program not only gives you the opportunity to develop the profession journalism, but also the possibility of continuing their career in the German media. 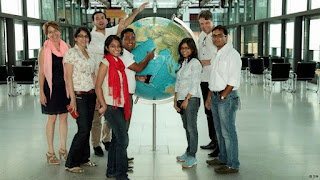 “This is definitely the performance of the scholarship. This does not imply a transfer directly within the program, as it is not excluded such a possibility in individual cases, “said Schulz, adding that in such cases the Robert Bosch Foundation and the School of Journalism in Berlin are out of this chance.

The “media – between peoples Master 2014” of the Robert Bosch Foundation and the Berlin School of Journalism, enables fellows stay with the status “fixed-term Correspondents” and recognition of the work of the German colleagues. They will have the opportunity to prepare items for the editorial staff and the editorial staff host from the media of their countries of origin. Of course the two main requirements for application are journalistic experience and good knowledge of the German language.